Gingold & Company specializes in compliance audits in the industries of licensed merchandise royalties, residuals, and film/TV profit participations, as well as the major worldwide entertainment guilds. We are proud to offer large-firm experience and sophistication, but with the accessibility and cost-efficiency that only a small firm can provide.

Mainstays of our philosophy are fair and reasonable billings and an emphasis on open lines of communication between the firm staff and our clients.

An initial evaluation of the proposed assignment is conducted at no charge to the client. This allows the firm to assess the complexity of the matter at hand, and to budget the related time and costs needed to complete the project.

Gingold & Company counts among its clients: 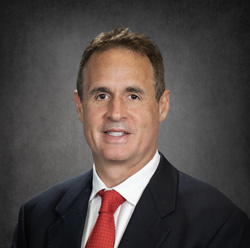 Dan Gingold has over 30 years of public accounting experience, over 25 of which have been spent focused exclusively on the entertainment industry.

He began his CPA career in 1988 as an auditor for the New York City firm Goldstein Golub Kessler & Co., where he served a diversified clientele including retail, wholesale, manufacturing, financial and service companies. Prior to founding Gingold & Company, he was instrumental in securing and servicing some of the largest clients in the entertainment industry. Dan was inspired to start his own practice so that he could deliver better communication and attention to clients’ needs.

Dan graduated in 1988 from the A.B. Freeman School of Business at Tulane University, where he received a B.S. in Management with a concentration in Accounting. Dan enjoys spending time with his family and is an avid ice hockey player. He is married to Dr. Robin Gingold and they have two children, Lauren and William. He has been very active in the community and committed to donating to charities such as Children’s Hospital Los Angeles. 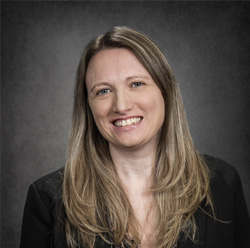 Jessica Packer Munoz is a Sr. Staff Auditor in the firm’s Residuals & Profit Participation Department. She has been with the company since 2016. Her work focuses on contract analysis, residual and profit participation audits, and overall compliance with contractual obligations by third parties. She specializes in the administration of audits for the guilds, oversees audit testing, claims, and supports the clients during the settlement process. Jessica has strong organizational and analytical skills, and coordinates with both the studios and the entertainment guilds. Prior to joining Gingold and Company in 2016, Jessica had over a decade of experience working in theatrical distribution and post-production specializing in coordinating high profile pre-release domestic and international theatrical screenings for numerous studios. Jessica earned her B.A. degree in History at University of California, Los Angeles (UCLA). When not conducting audits, Jessica enjoys spending time with her husband and two children, and going to Disney theme parks whenever possible. 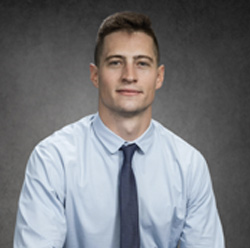 Justin received a B.S. in Business Administration: Finance, with a minor in Economics from Cal State University, Los Angeles. He also received his Associate of Arts in Accounting and Psychology from College of the Canyons. When Justin is not busy with audits, he loves training and playing with his dogs. 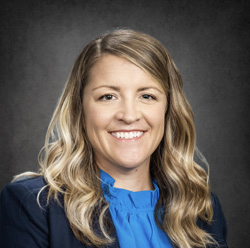 Katie Vajdos is an Audit Manager in the Residuals Department. Since joining G&C in 2010, Katie has worked directly under Dan Gingold, acquiring the benefits of his experience and mentorship, as well as amassing her own breadth of knowledge and experience conducting residual and royalty compliance audits. Katie is currently focused on managing and expanding G&C's Residuals Department in order to meet increasing client demand. Her specialties include profit participation audits on behalf of talent, guilds, investors and co-producers at both major studios and independent film production companies.

In addition, Katie is able to utilize her diverse auditing background to handle audits in our Royalties and Licensing Department. Her commitment to our client service and firm values have made her an invaluable asset to the company. Katie graduated from University of California Berkeley in 2005 and received a B.A. in Political Science before earning her Master’s Degree in Accounting from the Leventhal School of Accounting at the University of Southern California. Katie enjoys spending time with her husband and two children. 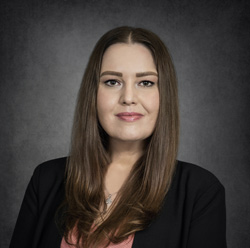 Linda Kalave came to the firm with extensive public accounting and auditing experience from Moss Adams LLP. Linda is a Sr. Audit Supervisor in G&C’s Royalties and Licensing Department. Her diverse areas of expertise include retail, e-commerce, manufacturing and consumer products, financial institutions, apparel, and health care. Linda has been with G&C since 2015 and is an essential asset to the company. She provides top-notch audit, accounting, and consulting services to our clients.

In addition, she assists clients with financial forensics, improving contract language, resolving claims to reach favorable and amicable audit settlements. She graduated with a B.S. in Accountancy from California State University Northridge (CSUN). When she is not at the office, you will find her working out, spending time with her family, dining out, shopping, and going to concerts and events. 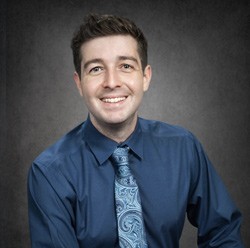 Max Reynolds is a Royalty Analyst at G&C. He brings unique expertise to the residuals department, is always willing to help with a task and is an expert in mathematics. His team-player attitude and natural ability to step in and help a staff member make him an invaluable asset to the company and ensure that audit engagements move smoothly and efficiently.

Prior to joining the company, Max was a Math Tutor and an EMT, but returned to school to get his B.A. in Mathematical Economics and Economic Theory from California State University of Long Beach. When Max is not assisting in residual audits, you can find him working on his music, playing videogames, and spending time with his family. 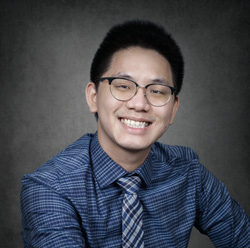 Peter Huynh is a Jr. Staff Auditor in G&C’s Royalties and Licensing Department. Having joined the team in 2018, Peter has developed a wide range of expertise in assisting the Audit Supervisors with engagements. He specializes in interpreting contract language, analyzing and compiling historical sales and royalty data, payment reconciliations, and settlement preparation. Prior to joining G&C, Peter graduated the University of California, Irvine with a Bachelor of Arts in Quantitative Economics.

While he was in school, his primary interest was in statistics and econometrics. After graduation, he joined a property management company where he honed his skills in accounting. You will always be greeted with his positive attitude and professionalism. Peter enjoys eating good food, folding origami, and playing video games.

asa Blourtchi is a Royalty Analyst in G&C’s Royalties and Licensing Department. Since 2019, Rasa has supported the auditing staff and management while mastering the audit process and programs. He is an integral part of our daily auditing operations, including reviewing contracts, preparing data, coordinating with clients, performing testing procedures, and reviewing sales data.

Rasa graduated from San Francisco State University with a Bachelor of Science in Business Administration and a concentration on Decision Sciences. His next focus is to complete graduate school during his continued employment at G&C. He has experience with data mining and regression analysis. His hobbies include soccer, snowboarding, and traveling. 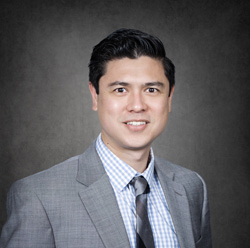 Steven Gilroy, CPA is an Audit Supervisor in both G&C’s Residuals & Profit Participation and Royalties and Licensing Departments. Steven has been with the company since 2016 and specializes in administering audits for the guilds as well as merchandise licensing clients. He has been involved in numerous high-level audits and has over 10 years of accounting and supervisory experience encompassing a wide range of residuals and accounting issues.

Steven is a member of the California Society of Certified Public Accountants and has a B.A. in Economics from Pitzer College as well as a certificate in Accounting from University of California, Los Angeles. When he is not conducting audits, he enjoys watching baseball, playing music and spending time with his wife, two children, and Gypsy (the family dog). 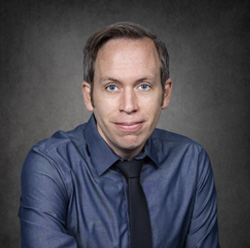 Tim Wheeler is an Audit Supervisor in G&C’s Royalties and Licensing Department. Tim has been with the company since 2015 and contributes extensive experience in licensing, auditing, contract compliance, and financial services to the leadership of the team. Tim currently oversees audits across the G&C client base that includes: 21CF, Disney, ESPN, Mattel, Marvel, National Geographic, Lucasfilm, Remedy, Sanrio, WWE, and many others.

His specialties include forensic accounting, financial analysis, and music/entertainment auditing. Prior to Gingold & Company, he gained diverse experience in intellectual property at companies such as Universal Music Group and Microcosm Publishing. Tim received his B.A. in Music Industry and Technology, with an emphasis on publishing, copyright, and entertainment law from California State University, Chico. Tim enjoys reading, cycling, and camping. 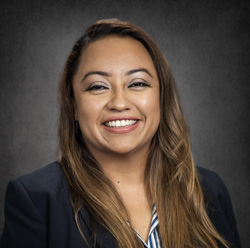 Yessica Lima is Gingold & Company’s Office & HR Manager. She has been with the firm since 2015. She specializes in recruitment and retention, staff development, conflict resolution, operations management, finance, onboarding processes, benefits and compensation, payroll, HR policies development and implementation, strategic management, and legal compliance. She is currently acquiring her SHRM-SCP certification and maintains her association with both the Society of Human Resources Management (SHRM) and the Business and Professional Women’s Foundation.

Yessica received her B.S. in Business Administration and Management from Pepperdine University, and her MBA in Management & Leadership from University of La Verne. Yessica loves traveling and being outside exploring nature. Her hobbies include hiking, yoga, and CrossFit. When she is not at the office, you will find her working on her non-profit organization for under-served children in Central America.